Let’s hear it for the boys! Since the beginning of time, the concept of men wearing makeup wasn’t completely taboo. It wasn’t until the mid-1800s that makeup was relegated to one end of the gender spectrum: only women could wear it. Now, makeup is beginning to reach the stages of being gender inclusive and a huge part of it is due to social media! With Instagram being a huge platform, we have a huge community of male beauty influencers who are changing the way we perceive the idea of beauty. Makeup is for everybody and we’re glad the following makeup artists and beauty gurus have dominated the industry as the chic men of makeup!

With over 8 million subscribers on Instagram, James Charles, first made national headlines when he was announced as CoverGirl’s first ever male spokesperson in 2016. He was barely out of high school and making his mark in the beauty world. He got his start in makeup while in high school and was working as a hairdresser in his hometown. He began to feel bored with it once clients started asking for the same hairstyles over and over. After he did his friend’s makeup and posted it on social media, he gained an immense response and people started to ask him to do their makeup. Today, fans flock to his Youtube channel to check out the amazing art he’s created using makeup.

Angel Merino a.k.a Mac Daddyy is a self-taught makeup artist who made a big splash on Instagram. Merino started in retail at MAC Cosmetics yet stayed on top with the latest technology. By doing so, he was on Instagram in the early stages and posting makeup looks while still working at MAC. His following was rapidly growing, so he quit his job to focus solely on Instagram. He currently has 1.3 million followers on Instagram and is CEO of his own cosmetic brand, Artist Couture. Along with that, he travels around the world teaching master classes and being featured as a keynote speaker at the biggest makeup conventions and expos. Chic Studios was honored to have him come to an event at our LA location for our graduates and students. As one of the most popular beauty influencers, he uses his voice to advocate rights for the Latino and LGBTQ+ community and inspires his followers to “hustle and glow.”

Remember when those “let’s use weird household objects to do our makeup” videos were going viral on Instagram? You might have seen one from Palestinian-American beauty guru, Ramsey Aguilera. He’s not like the usual beauty gurus on Instagram today, he’ll put his own spin on makeup tutorials to create looks that are incredible and full of drama! He’s not afraid to be himself and think outside the box which is why we admire him so much! He’s absolutely proud of his culture and recently uploaded a full makeup tutorial in Arabic with English subtitles. He’s never one to be shy about his ethnicity nor his eccentric side — we love that about him!

Victor Ramos has nearly 30,000 followers on Instagram thanks to his collaboration with Make Up For Ever on the “Blend In Stand Out” campaign. He’s talented with contouring, highlighting, brows, and more! It all started 3 years ago when he was a senior in high school and fell in love with Kim Kardashian’s eyebrows. The love grew from there and he’s been dominating the makeup world ever since. Makeup should be genderless which is what Victor completely stands by. He has had male friends come up to him and ask for makeup advice but they’re too afraid to admit it since the female stigma of “only girls should wear makeup.” Victor has helped increase diversity in the beauty industry by collaborating with brands that offer shades for a larger array of skin colors.

Edward Sanchez is not only an amazing makeup artist, but he’s also a Chic Studios graduate! For over 20 years, Edward has been in the media for his glamorous makeup looks with celebrities and A-listers, but brows are what he is best known for. Allure Magazine bestowed him with their Ultimate Award “The Best of the Best” for his unique approach to perfect eyebrows for each unique face. A master of the brows, he coiffes, tames, tweezes, threads and tints for the ultimate in brow perfection. We’re honored to have had him in our classroom!

Makeup is completely genderless and we stand by MAC Cosmetics’ mission statement “all ages, all races, all genders.” Join us for our next Professional Course at our NYC and LA locations! Come as you are and we hope to see you thrive into the latest makeup star!

A self-confessed cosmetics nerd, Pat McGrath creates the looks for 80 major fashion shows a year. She’s had her work published in Vogue, Harper’s Bazaar, and W, to name a few, and has worked with designers like Prada, Miu Miu, and Dolce and Gabbana. She’s also designed Armani’s cosmetics line and been in charge of Max Factor and Cover Girl cosmetics since 2004. Because of her success in the pro makeup industry, she is one of our muses at our LA makeup school!

At Chic Studios, we take the expertise and knowledge of Pat McGrath’s legacy and cover it in our Fashion + Runway add-on! Our students not only re-create some of her runway looks, but they’re also given scenarios like working to create a uniform look and are timed to experience a real backstage setting.

McGrath has launched so many items in the last year, but here are some of the products that are super chic and a must-have in any makeup lover’s collection! We can’t wait to get our hands on these products from Pat McGrath Labs in our LA makeup school classroom!

Gigi Hadid Revealed Her Full Maybelline Collection, and You're Going to Want It All! 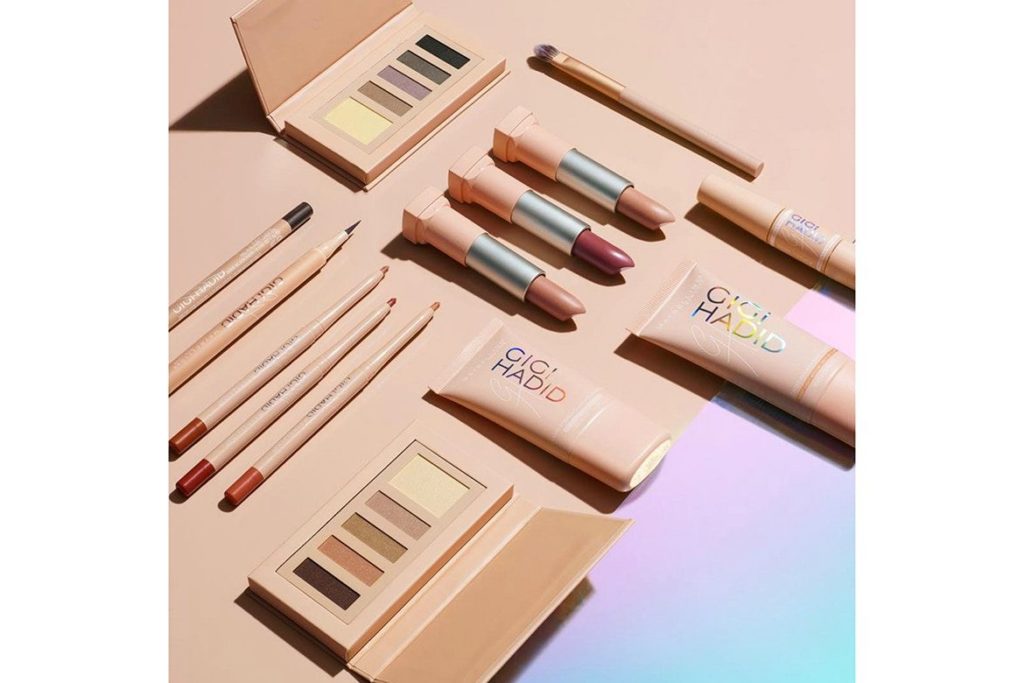 Gigi Hadid is showing love for the East Coast in the most glamorous way. The supermodel revealed her entire Gigi x Maybelline East Coast Glam Collection on Instagram over the weekend! This set of goodies joins the existing Jetsetter Palette in her first-ever beauty line. This is the perfect palette for our Chic Studios' NYC classroom!