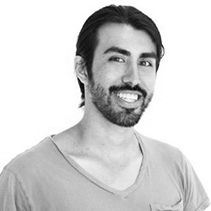 Jonathan Mason hails from beautiful Ventura County, California. Jonathan enrolled in the Vidal Sassoon Academy, in Santa Monica, California. By graduation, he was awarded the “Premiere Student Award” for his class. In 2011 he was also rewarded “Los Angeles Hair Stylist of the Year from RAW Artists”.

Jonathan then signed to the agency, Artists by Timothy Priano, and worked between LA and NY. In the last couple years Jonathan’s work has been published in Cosmopolitan, Elle Italia, L’Officel Greece, Vanity Fair and many more published magazines. The hair industry has already offered Jonathan many memorable experiences, for instance, working on ABC’s ‘The Taste’ with Anthony Bourdain, MAC Event with Val Garland, working alongside Betsy Johnson for her 2014 advertorial with Steve Madden, and Kanye West’s ‘Yeezus’ Tour to name a few.

2015 brought about new changes for Jonathan, after many interesting and eventful years as a session stylist, he aspired to pursue a new skill set, and pursue mastery his craft, incorporating old and new knowledge to become the best he can be. His new career lead him to NYC’s prestigious Bumble+Bumble salon as a cutting assistant, an experience that has brought about a new level of appreciation of hair and a whole new parallel of dexterity and skill in the craft. After his training at Bumble+Bumble you can find Jonathan back on set and teaching upcoming artists at Chic Studios.