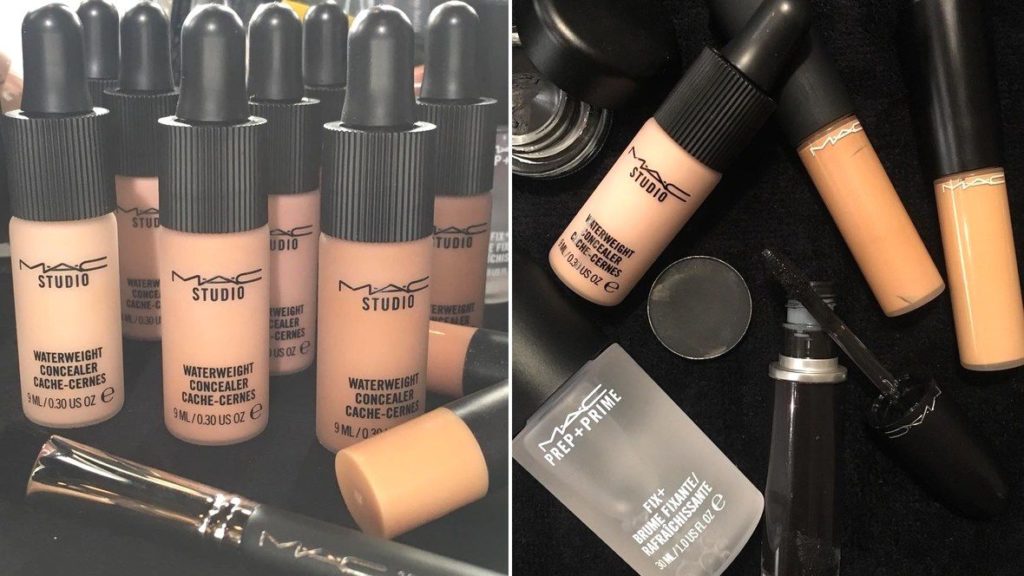 Chic Studios’ favorite foundation, MAC Cosmetics Waterweight, will soon be available as a concealer! The sneak peek was unveiled onto social media during London Fashion Week backstage at the Tommy Hilfiger show.

According to Allure Magazine (who broke the news first), “M.A.C. senior artist Dominic Skinner, who created smudgy charcoal cat eyes on the likes of Hayley Baldwin, and Gigi and Bella Hadid for the grunge-inspired rock show, expressed his love for the new formula on Instagram. According to his post, it’s been his backstage go-to this season. The most used and #MostLoved #Product in my #MakeupKit this season has to be the #NEW #MAC #StudioWaterweight #Concealer,” he wrote. It’s #super lightweight but packs an almighty punch with coverage.”

The new concealer will be dropping in 2018 and goes hand in hand with the brand’s sister product M.A.C. Studio Waterweight Foundation, which is described as an “ultra-fluid, elastic, gel-serum formula,” known for its buildable coverage and filter-esque blurring effects.

We can’t wait to get our hands on it next year!

Featuring… Ciara Burgos and Aleah Alvarado   At Chic, we are proud to train and learn from some of the best in the business.  Education is such a key element to true success, and we have seen our 3000+ graduates go on to do incredible things in the beauty industry (humble...

Amy Nicole Founder . Entrepreneur . International Makeup Artist    Follow: @amychicstudios The Chic Studios brand was created out of a desire to develop a school that offered professional training, resources and the tools necessary to help makeup artists launch into a successful career. Amy began her career...

Chic Studios: Then and Now - A timeline of Chic Studios from Idea to the TOP Makeup School